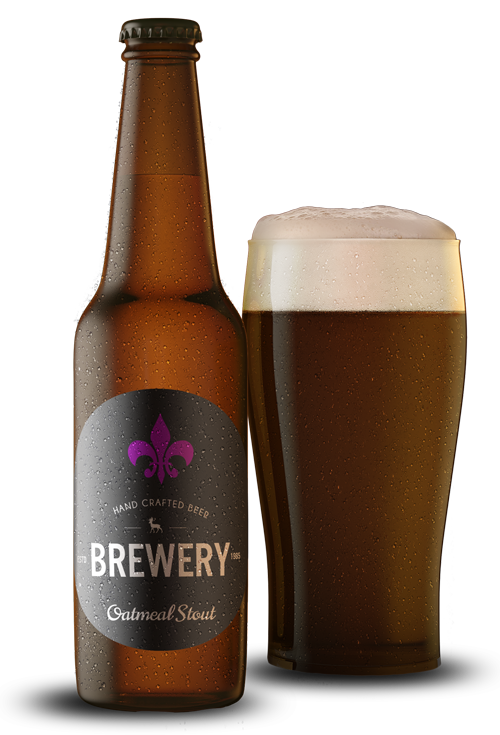 Our Oatmeal Stout is a classic British-style stout brewed with flaked oatmeal and roasted barley.  Freshly-roasted coffee beans, cocoa and touches of raisin and dried fruit dominate the aroma of this super dark ale.  The richness of the grain blend is balanced by the nutty character of the roasted malt, the creaminess from the oatmeal flakes and a dose of hops.

Before the 19th century, all barley was malted over wood-fired kilns and the resulting dark roasted malt defined the browns, porters, and stouts of England. Near the end of the 19th century, brewers had introduced oats for their purported restorative and nourishing characteristics, producing beers such as oatmeal stout and milk stout. By the 1950’s, Oatmeal Stout had nearly trickled out of existence. Following the beer’s literary rebirth in the articles of English beer writer Michael Jackson in the 1970’s, British and American craft brewers are once again promoting the style.